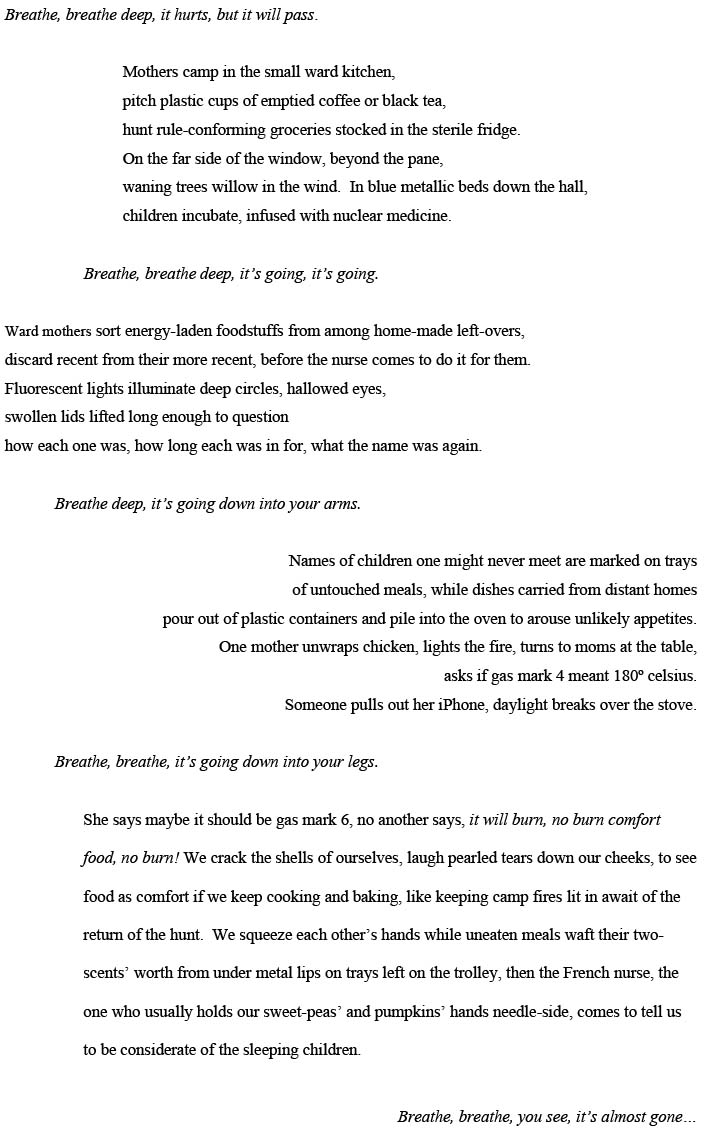 What surprising, fascinating stuff can you tell us about the origin, drafting, and/or final version of “Ward Moms”?

‘Ward Moms’ was written during the six-year period of in-again, out-again hospital stays with my teen-aged daughter. My daughter lived in isolation from others, far from where she might catch a loose germ. I quickly re-organized my life to care for her, working full time from hospital wards, finishing a Master’s degree on-line, and writing during sleepless nights. Moms of other children suffering from pediatric oncology were the only people I would see during those six years. We lived through our children, turned to each other for support, while forgetting each other’s names though not each other’s children’s names. When covid-19 broke out, lockdown was a piece of cake for my daughter and me, we had already become too accustomed to isolation. That led me to make the unseen seen, the invisible visible, bring to light the children and their mothers whom the rest of the world would never know or forget about. On 31st December, at a time when everyone else was talking about potential dangers of the “flu” which started far away, I made my daughter look out her window to see the first calendula flower of the imminent new year, an orange-flagged sign of her improving health, I told her. But hélas no, it was rather another sign of climate change, of a winter much too warm, of pending tragedy, of desperation for ward moms.